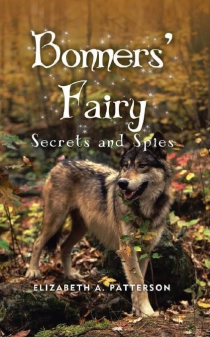 Haley Steel's dreams are finally coming true. Now married to the handsome fairy King Valian, she can hardly wait to begin her new life as queen of the Woodland realm. But just as the newlyweds are ready to depart for their honeymoon, urgent news arrives that the evil entity Molock the Merciless and its army are on the move, preparing to destroy the Manwan fairies.

Forced to evacuate the city, the royal couple sends Roan's citizens through a portal to the human side for protection while they set out to meet the enemy disguised as vagabonds with a small band of guardians and witches. As the group ventures toward the unknown and discovers new allies, Haley's twin, Henry, and his fiancee, fairy Princess Sersha, remain behind in the small town of Bonners Ferry, Idaho. Their desire is simple: to blend in on the human side and find purpose in their new environment. But Bonners Ferry may not be as safe as they think.

In this continuing fantasy series, humans and faries are tested once more as they must learn to coexist and trust each other in a strange new world.