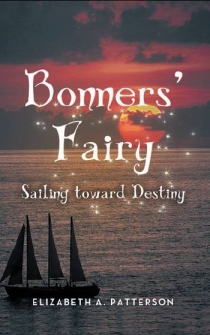 Haley and Henry Miles—teenage twins gifted with special fairy powers—are about to embark on another mission. As they set sail into unfamiliar waters, they have one goal: bring back the head of Medusa, the only weapon believed to be able to defeat an evil being threatening to rule the human world. Once their mission is accomplished, Haley and Prince Valian will be able to marry. But Haley, who has been plagued by bad dreams since the ship left port, fears the worst. As the ship docks in Medusa's world, Haley learns that it is her destiny to fight Medusa to the death. Driven by her newfound purpose, Haley shuns her fear and, without knowing if Medusa is alive or dead, heads with her crew to find the monster's sanctuary. But when they finally confront an angry Medusa, Haley soon realizes that the battle for their cherished prize will be more challenging than she ever imagined—and that her beloved Valian has a powerful gift that even he did not know he had. In the ever-changing magical land of fairies, Haley, Henry, and their entire crew are about to discover that evil is never conquered as easily as one hopes.